Syrians have been paying for a long-standing false theory implanted in their minds by Hafez Assad and his gang. For decades, the ruling gang has been claiming a virtual conflict with Israel. This would-be conflict was a pretext for exploiting Syrians and turning their life into a never-ending agony. Syrians were infatuated by the “Resistance and Abstaining” theory favored by Iran and its allies.

When the Syrian Revolution revealed the falsehood of this theory, and Syrians were perplexed as to who is the real enemy of the Syrian. By process of time, there was a chance for those who never believed in the Assad fabricated hostility to Israel. But, the public didn’t even know why they used to consider Israel as an enemy.

Therefore, some well-cultured Syrians took the initiative to establish “National Salvation Front in Syria” to correct this misconception. Syrians have been fighting or getting ready to fight the Israelis when the Palestinians were trying to make peace with the Israelis. The worst was coming up! Many Palestinians started fighting for Bashar Assad to remain in power and they openly got involved in the war against the Syrian people. That was the most shocking observation of the war in Syria.

National Salvation Front in Syria is now working hard to correct this virtual hostility. NSFS has launched a new forum for a new political approach to the conflict with Israel. They consider that peace with Israel is now a must for both Syrians and Israelis. Their project is based on perspective for the future of the two peoples i.e. the Israelis and the Syrians. This eternal conflict has to be ended once for all. Peace must be made for the welfare of the region as a whole. Peoples of the Middle East are tired of this ideology, which has been advocated by ideologists on both parties to the conflict.

This approach has finally got momentum among Syrians after they recovered from this falsehood and discovered that they were taken away by those who are now destroying the country (Assad, Iran and Hezbollah militias).

Syria, if peace is made, would be a prosperous country in the Middle East as it is rich with national resources and having a strategic position.

NSFS has repeatedly addressed the Israelis through the media and through interviews with Israeli news agencies and expressed their approach to peace.

It seems that there is an echo for these calls for peace, and the number of Israelis who are willing to make peace is now increasing. NSFS calls all Syrians to express their solidarity with this project for a better future for Syria and the region. It also calls the Israeli government to work with the Syrian people, rather than with a dying regime to establish stability in Syria and make permanent peace. 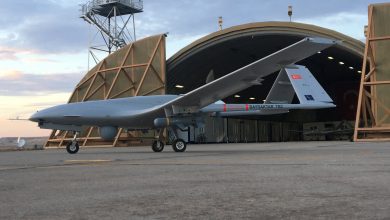